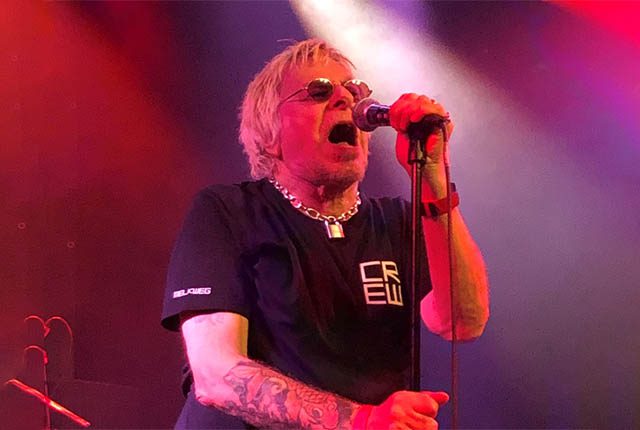 As of 1976, the British punk band UK Subs has had around eighty members, recorded more than twenty studio albums and produced countless EPs, singles, compilation albums and live recordings. Founder, singer and former hairdresser Charlie Harper (75), alias the godfather of punk, doesn’t even think about quitting: “We are currently working on a new album”. But first they will turn back the time in De Melkweg.

Numerous veterans, including The Cure, GBH and The Jesus and Mary Chain have been celebrating the 40th anniversary of their existence or that of an epic album. For the UK Subs, the release of their second album Brand New Age (1980) triggered the current celebration tour. Although Crash Course, also from 1980 and recorded during the Brand New Age tour, would be a more plausible reason for a party. The epic live recording, that eventually turned gold, marked their breakthrough. During the concert a very drunk Harper cursed so violently that GEM Records decided to put a warning on the album: This album is offensive. This warning could well have been one of the incentives that put Crash Course at Number 8 (!) in the UK Album charts.

Just like Siouxsie, Buzzcocks, The Damned, The Jam, Wire and The Stranglers, the UK Subs had had some previous help from the London nightclub Roxy, the cradle of British punk. The concert listings from Covent Garden caught the attention of the late John Peel, the influential BBC disc jockey, who invited the band to Maida Vale for no less than three Peel sessions. A record contract followed, as well as a string of hits including Stranglehold, Tomorrow’s Girls, She’s Not There and Warhead. Harper decided to put down his hairdressers’ scissors for good.

The veteran punks have shown up in The Netherlands after exactly one year of absence. Earlier that day I briefly speak with Charlie (blonde, sunglasses and sporting a brand new T-shirt with a German beerbrand on it) and his young wife Yuko. They tell me the tour schedule is a killer that doesn’t allow any rest. However the Dutch audience will not be palmed-off with a standard show: guitarist Steve Straughan is still tinkering with the set list shortly before the concert.

Upon arrival at De Melkweg the singer informs me he doesn’t dare go on stage in his German shirt, because this might evoke the wrong sentiments. At first I think he is joking, but later -during the show- I understand: it’s a bit of a rough crowd in there. He eventually makes his appearance in a Melkweg CREW-shirt.

The small concert hall is virtually sold out and filled with mostly old punks and other men in black. One of them still managed to construct a delicate, almost transparent roostercomb with his remaining hair. I bump into a father and his towering adolescent son in identical Subs shirts: “Yes, I do indeed know them because of my father”. Over our heads, beer glasses are flying: the audience is ready for take off.

Charlie & Co play Brand New Age from beginning to end. The fun on stage is almost palpable. I catch bass player Alvin Gibbs, spitting image of Harry Potter’s Snape, turning a stealthy pirouette. Charlie’s constant grin easily survives a couple of plastic beer glasses thrown at him. Neither is he intimidated by fans jumping on stage and grabbing his microphone. “This one is for you guys in the pit,” he says almost affectionately to the roughly pounding – mostly British – fans in the moshpit. Even when two big guys end up in a fight, he remains unmoved. This man has seen it all so many times before and calmly sips his beer when the security removes another stage invader.

When Brand New Age is completed – and that doesn’t take that long because their songs last for an average of two minutes – Charlie keeps us in the eighties. The audience is virtually exploding and sings along noisily. Keep your mouth shut or we’ll break your nose, we’re the New York State Police! 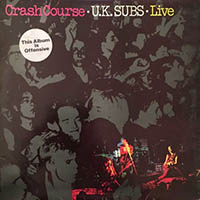 Two encores, with Party in Paris (epic text!) and obviouly Stranglehold, during which a grinning Charlie tries to strangle himself. After a final ‘Fuck Brexit, see you next year!’ Charlie disappears.

I find Yuko busily selling T-shirts after the show. Earlier the couple told me a new album is in the making and I’d like to know what the name is going to be. After all, the Subs have been releasing their studio albums in alphabetical order: From Another Kind of Blues (1979) to Ziezo (2016). Is there life after Z? ‘Absolutely! The next album is most likely to be called Reverse Technology. And yes, that is a scoop. 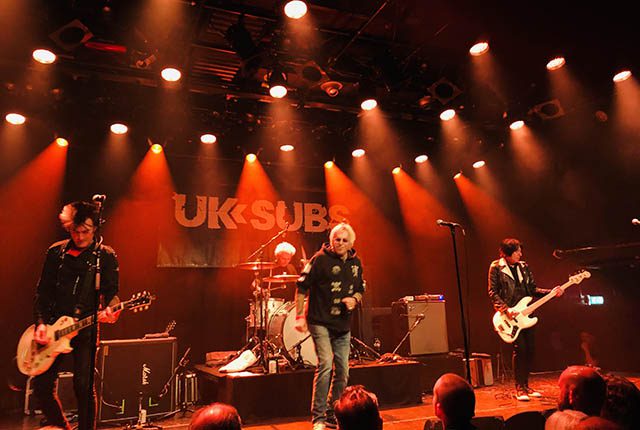 Mary Chain’s Justin Welch: ‘It was written in the stars!’